Will Smith Is Ruining My Career 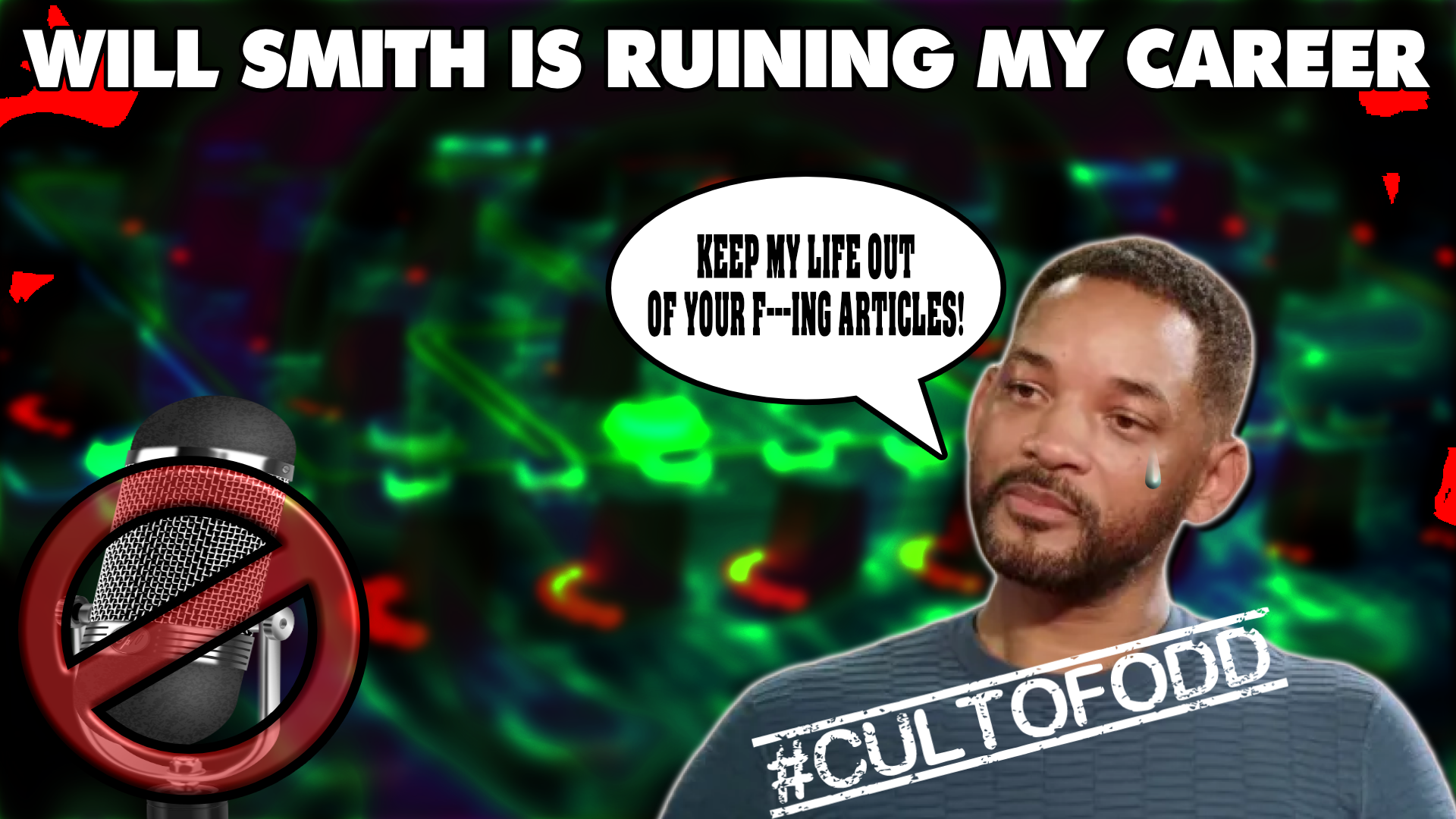 Will Smith Is Ruining My Career

Okay, so not, Will Smith is not actually ruining my career. At least not directly. However, the effects of the “Slap Heard Round The World” have had unexpected consequences for folks like me.
You see, podcasters and YouTubers a like often conduct interviews with celebrities and people from all levels of the entertainment industry. So when a shockwave like this goes out, it sends ripples to areas that can’t always sustain the waves.

Will Smith & The Effects

So what has happened for us in the interview community? Well, those of us who are on the level and conduct legitimate interviews are in trouble. Our pool of celebrity guests hasn’t dried up, though it has gotten harder to get people to WANT to talk to us. They are gun shy because nobody wants to talk about the Will Smith incident, which I totally get because it could be career suicide depending on which side of the aisle you sit on.

Fresh Prints of Will Smith

The slap rocked the world, there was nobody at or watching the Oscars that expected this behavior. Those of us who typically skip the awards shows, found ourselves scrolling twitter and our feeds were flooded with either the Australian or Japanese video footage that wasn’t bleeped or edited. We scrambled to share or comment on the video, desperately trying to figure out if it was real or a stunt to boost ratings. It became all too clear that it was not a stunt by Will Smith and Chris rock. No, what we saw was Will Smith cracking under the pressure created by living in the public eye.

Will Smith & His Actions Aren’t Solely To Blame

So, you may be saying to yourself “Odd, just promise not to talk about it”. You’d be 100% right in wanting me to say that. I have been and thankfully, in just the short time I have been doing interviews I have built a good reputation. However, the unfortunate truth is that other podcasters, youtubers and legit media interviewers…they have promised the same thing and then immediately launched into an interrogation style interview about their thoughts on what happened. Which if you ask me is just disgusting. Those are not the tactics I’m looking for.

Will Smith: What Do I Think?

If you’re curious as to what my thoughts about the whole thing are, well it’s really a shame all the way around in my opinion. First off, Will Smith and Jada live their lives way too out in the open. I have never understood why celebrities don’t get the same privacy we expect in our normal lives. Just because you’re in a movie, tv show, or music industry doesn’t mean you should have your right to privacy revoked. I personally don’t care who is gay, who got married or who is having a baby. All I need to know is when is your next project dropping. I think Will Smith needs serious therapy and not just a luxury rehab facility where it’s more spa than hospital. That man has been under so much pressure these past few years, it’s no wonder he hasn’t turned into a diamond. In reality, this situation has enough blame to go around. It’s a real hot and fresh blame pie.

As of right now, his future seems very uncertain. He’s been banned from the academy for a decade, move and tv projects are being canceled or tanking hard and it seems his own wife has left him hanging out to dry. You know, the woman who’s honor he was defending. She’s been quoted as saying that she didn’t need him or anyone to defend her as well as saying that she never really wanted to marry Will Smith. Wow lady, you’re real piece of work. Whatever shakes out, we do hope he gets the help he needs and can rebound his career later.

One thought on “Will Smith Is Ruining My Career”