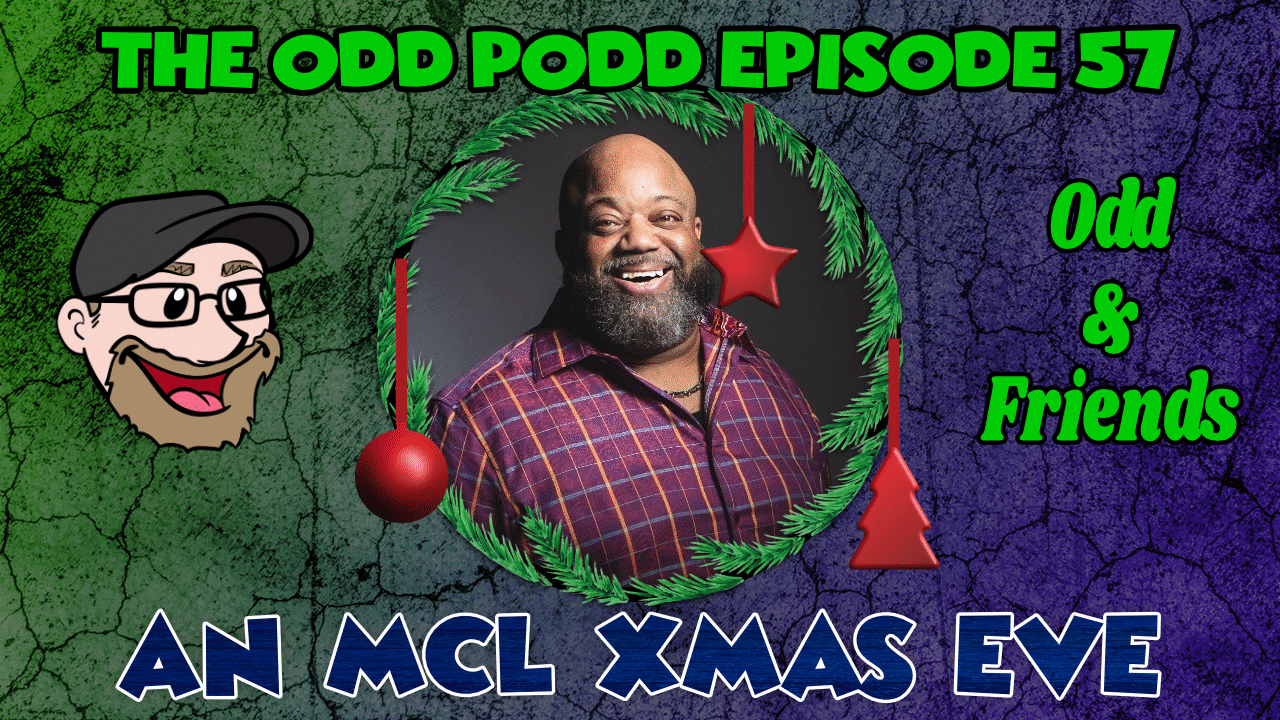 This is 1 of 2 last episodes of The Odd Podd, catch #interviewroulette with MCL! We’ve got terrifying Christmas traditions from around the world and Interesting facts about Christmas you might not know.
Mark Christopher Lawrence is best known for his series regular role as Big Mike on the NBC TV series CHUCK. He recently completed production on the hit ADULT SWIM TV show BLACK JESUS and is recurring on The PureFlix Show Malibu Dan The Family Man. He can be seen on the Disney Channel’s original TV movie Life Is Ruff and guest appearances on Lab Rats, Good Luck Charlie, Heroes, Weeds, My Name Is Earl, Reba, Grounded for Life, Crossing Jordan, and Amazing America with Sarah Palin. MCL is in pre-production on several projects as a writer and/or producer and has just released on PureFlix.com his hilarious talk show Pure Comedy, which he also hosts. On video, you can watch MCL’s work in The Pursuit of Happiness, The Island, Garfield, Terminator II, Fear of a Black Hat, and Cooties to list a few.
He did an interview with Odd for The Odd Podd, which is available in FULL to our Cult Of Odd and Cult Of Odd + Members on our patreon.
Plus music from
Carmel Liburdi https://www.facebook.com/carmelliburdimusic
The Chinchillionaires https://www.facebook.com/The-Chinchillionaires-944611018964168
and a track from yours truly! Also I’m playing a ton of weird Christmas songs.
MCL Website: https://www.markchristopherlawrence.com/
MCL FB: https://www.facebook.com/MCLactorcomedian
MCL Twitter: https://twitter.com/MarkChrLawrence
MCL IMDB: https://www.imdb.com/name/nm0492924/
Please follow and like us:

Episode 59: The Rebrandening with Joe Castro and Steven Escobar