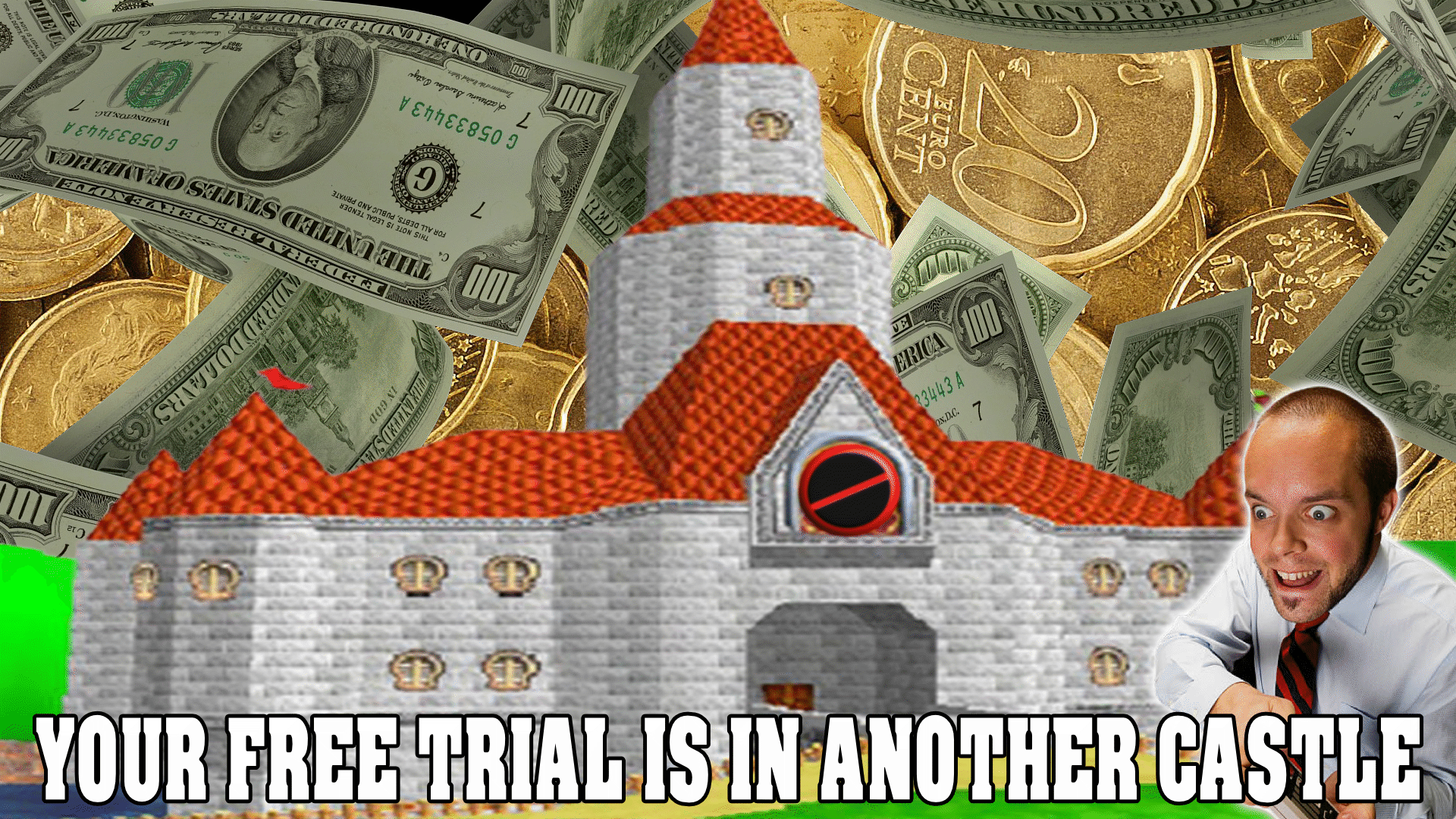 This is one of those articles where I and everyone who agrees with me is going to be dating themselves. The Free Trial, what was it and where has it gone? The younger generation may have some idea what a Free Trial is in gaming, but they are few and far between these days. Now you have Game Pass, Humble Bundles and whatever it Sony is doing these days. Us old heads remember the free trial like it was yesterday. A wide open wonderland of trying games before spending any money on them, not being strong armed into paying full price for broken or half finished games…More on that later.

Back in the good old days of gaming, you could go to your local bookstore or anywhere you got magazines…Heck you could even subscribe and have them delivered to your door each month.

You could by magazines like PC Gamer, the Official XBOX Magazine and PlayStation Official Magazine, they would be filled with articles on newly released games, upcoming games and interviews with developers about the games. They also came with the holy grail for broke ass kids who loved gaming. <insert fanfare> THE FREE TRIAL DISC!

Yes kiddies, on it came 5 or 6 trials of games, usually 30 mins to sometimes infinite playtimes of something about to come or even just released. The gaming industry was still very new and they weren’t sure what worked and didn’t, so this was done as a way to get the game in hands and generate feedback via email or SNAIL MAIL… You know, the thing that has all but gone the way of the dinosaurs except for junk mailers.

Why Demo Discs Were Important

There were all sorts of free trial style discs, you had the ones as stated above that came with magazines. But then you had something called ShareWare discs, these were usually passed around from computer geeks to other computer geeks. Often a demo of a game they had been working on or a demo that was released to generate a buzz.

Often I found these at computer shows, which were comic cons for the techy nerds to swap equipment or pick up new pieces on the cheap. In fact my computer, up until recently still have one or two parts from those old days of PC SwapMeets. I played Lemmings the first time via ShareWare, I also played games like Serious Sam, Doom, Duke Nukem and many others for the first time via ShareWare or Free Trial style disks.

These are games that I fell in love with and some are still around to this day thanks to those early days of getting fans hooked with free trial. These were the truest form of gateway drugs, showing you all the bells and whistles to come and letting you play for an hour before you plunked down hard earned money.

Why We Need Free Trials Again

The gaming industry has taken a disturbing turn, one that has been too openly accepted by publishers and consumers alike. Often now, you get broken and half finished games pushed out into the marketplace at full price. The reason for this is due to investors and fans alike getting antsy about these games. It takes a lot of time and money to produce a decent game, especially AAA games like Fallout or Halo and the like.

The designers are under extreme pressure to get something out in a timeline that satiates the people with money invested. Whether that be investors proper or the fanbase that have been clamoring for another installment. I am guilty of this behavior myself, but in my case and the case of many other fans. It comes from a true love of the content and story lines we’ve come to know and cherish. Much like reading your favorite writer’s newest entry, you get to the end and you’re hungry for more story and more time with your favorite characters.

Games aren’t cheap, when you factor in most new AAA games cost between 59.99 and 99.99, with the latter being for special editions packed with costumes and extra content. As a game you feel like your wallet goes 3 rounds with Mike Tyson each and every time a new adventure is released. So you work extra hours, you put in time with food delivery or you go without some creature comforts for a few weeks to afford the newest shiny. Only to come to find out, it’s broken and glitchy as fuck….Looking at you CyberPunk!

So at this point, we’re expected to accept this and hand over our hard earned money for what is tantamount to the same thing you’d find on a free trial disc anyways. So why don’t they do bring them back? Well they have in a way. A lot of new games hit Game Pass on release day. I personally love Game Pass as it allows me to try certain games that I am interested in prior to buying and in the end, I tend to end up buying those games eventually because I felt like my money was appreciated more. Unfortunately, not every game publisher feels they need to do add their game to Xbox’s service.

Case in point, Elden Ring was released and almost everyone knows somebody that is deep into way too many hours of playtime. I however, was not familiar with the series it spawned from and have never played any of their games. So for me Elden ring seemed interesting, yet having no prior frame of reference means FromSoftware Inc. isn’t getting my money until I have a chance to play it a bit to see if I like it. Just like any other publisher I am unfamiliar with. NO TRY, NO BUY!

How Do We Fix It?

Well, as always it’s about personal responsibility of us the gamers. We need to make our voices heard and stop just blindly giving money for bullshit that belongs on the trash heap. I’d suggest taking this article and tagging game developers on social media. Start “atting” them and calling them out for their lack of considerations to your wallets.

Gaming is a hobby and we shouldn’t be expected to just take whatever they give us and wait for them to fix it. The flip side of this coin though is to have patience. Be willing to wait a bit longer for that must have game and to support them by not being a total douche about delays.

We the gamers, are directly and more than partially to blame for that state of the gaming industry. I always say “What you allow, will assuredly continue.” So when you buy into pay to win games, constantly purchase cosmetic bullshit and preorder games for the fancy doodad in game that does nothing for you. You are being part of the problem.

Don’t give real money for fake items and don’t pay for something until you can have it your hands. If we all try to be better gamers, the industry will have to shift to our new behaviors and they’ll understand that the tactics they’re employing will no longer be tolerated.

One thought on “Your Free Trial Is In Another Castle”