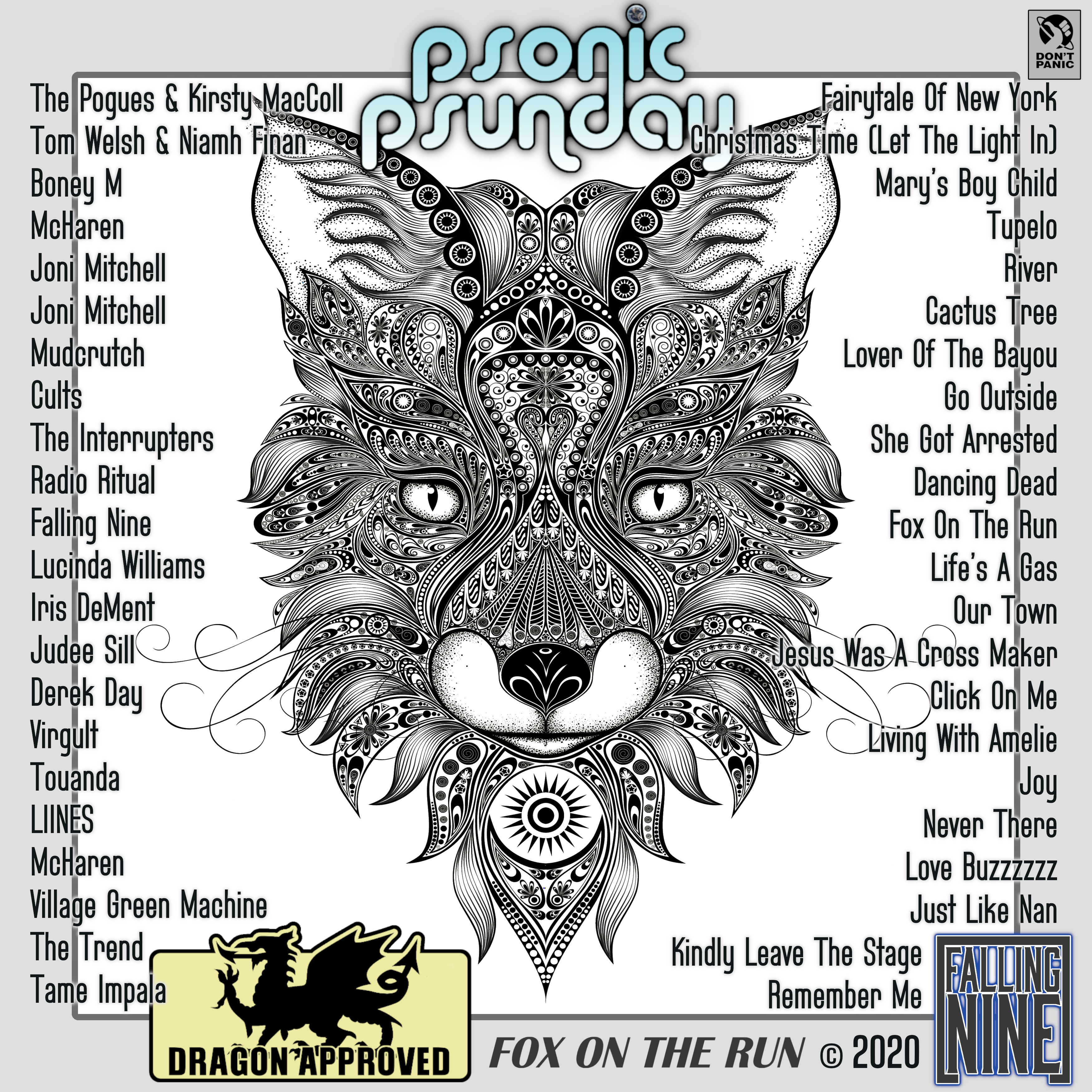 I probably said I’d never play a Christmas tune willingly, but Christmas is a funny thing that creeps up on you against your will. I had to play The Pogues and Kirsty MacColl, partly as a fuck you to the BBC but obviously it’s a fantastic song, epic-ally depicting a seemingly doomed relationship with the chance of redemption. The video to me is almost as important, being as noir as the lyric. I had a couple of moments, one where I was in the chemists and Boney M came on and then the email from Tom Welsh, with a Christmas tune from a man who we’d normally consider averse to this sort of thing, that laid it bare. Deep beneath all the shiny, greedy and garish traditions lies a simple festival celebrating life and community – and listening to Boney M takes me back to being 8 years old when it was uncomplicated and warm in every way. Which is sort of what Tom’s tune is about and I love that as much as the blend of voices.

Just to demonstrate some sort of difference from the previous 2 shows (and I’ve never thought about them really as a series before – that’s what blogging does for you, I guess) there’s a distinct lack of dip diving of 5 star albums. You could argue Joni Mitchell’s Blue (1971), I suppose, but River is only here because of the jingle bells and escape being sought. Zac fancied Cactus Tree from Song To A Seagull (1968) so why not. Maybe Tom Petty should be a candidate for the future on that but anyway here he’s with the reformed band that split in 1975, Mudcrutch. With poor sales, the record company broke em up. Didn’t happen the second time round. There’s the first album from 2008 and the second from 2016. Both are bound to feature at some point.

Much of the pshow went over to artists who’d either gotten in touch with me or Mickey on The Sonic Gypsy show. McHaren being the latter but his loss is my gain, right? They’ll do for me. [Meanwhile, Kamala Harris is being sworn in]

Where we we? Switching over from J-Lo, that’s what. Jenny from the block, my arse. Great speech from Joe, though. So, he’ll sink his whole soul into racial justice, will he? Fine words. Oh, well. Just lost the live feed from CNN so back to the tunes. I think LA band Radio Ritual also came via SGRS. I can’t find any trace of an email, so that’s a probably. Anyway, Dancing Dead is an absolute stonking track. They describe themselves as invoking the love and lost magic of Rock and Roll. I’ll drink to that. I meant to play Love Bomb as well but mixed it up with McHaren’s Lovebuzzzzz, as you do. I guess that’ll be in the next pshow. The featured image is from the single artwork to Cardiff band Falling Nine‘s cover of The Sweet’s Fox On The Run. I loved the picture as soon as I saw the beautiful detail to it and they were kind enough to let me butcher it. Great track with a sweet riff. Derek Day’s another one from LA. There’s a lot of that this week. A great big pointy poke at the internet generation, with some fantastic guitarwork – so a worthy inclusion. LIINES are always worth a play and a mention. We’ve played Never There before and they’ve even come into the studio, back in the preCOVID years. I’ve just bought the album Stop-Start, so expect more of that wailin’ and a grungin’. Nothing I’ve seen anyway. Virgult (Andrea Martelloni) sent me his album Thoughts And Memories (2020) a while back and I’ve played most of it by now. Lovely finger picking and a great songwriter. Similarly, from Mark Lemon’s Village Green Machine album we have the hilarious Just Like Nan. PP favourite Touanda sent in Joy just which is more of an exploration than the word itself. Glad it was in the same pshow as Tom & Niamh (above). And last in this section Manchester band The Trend, who have been in so many playlists and not enough plays. They’ve been regularly bringing out great albums and are always brilliant live (as Mick reliably informed me). The new album’s called Bella Vega and will feature again soon I’m sure.

Zac got a fair number of his picks in this week. Other than Joni Mitchell, he brought in Cults’ Go Outside (which, I think, coincides with The Brian Jonestown Massacre on SGRS), the deeply troubled Judee Sill and the star of the pshow in my book, Iris DeMent. I was humming that tune for weeks after he played it. Nice one, mate.

And to rrround up the rest:
– The Interrupters track was for Ceri, who does love her ska punk. This is from Say It Out Loud (2016).
– Lucinda Williams again, this time from last year’s album of T-Rex covers, Angelhead Hipsters
– Have I mentioned McHaren yet. Oh, yup, think so. Great band.
– Finally Tame Impala for our Victorian lodger, now greatly missed (it’s ok, he’s back in Australia)

So, yeah, this is nearly the end of January 20th 2021 here in the UK. I hope you enjoy(ed) the pshow but more importantly I wanted to share another thought for what happened today. Thank fuck he’s gone. Whatever happens to him now is going to be a sidenote in history to what Biden-Harris accomplished in 100 days, which takes us up to 30th April. I hope it’s enough and I hope it can continue and not be stuffed by a partisan senate for 6 years. Too much time has been wasted and we’re seemingly no farther forward on climate change, which scares me more than Trump having the nuclear codes ever did.