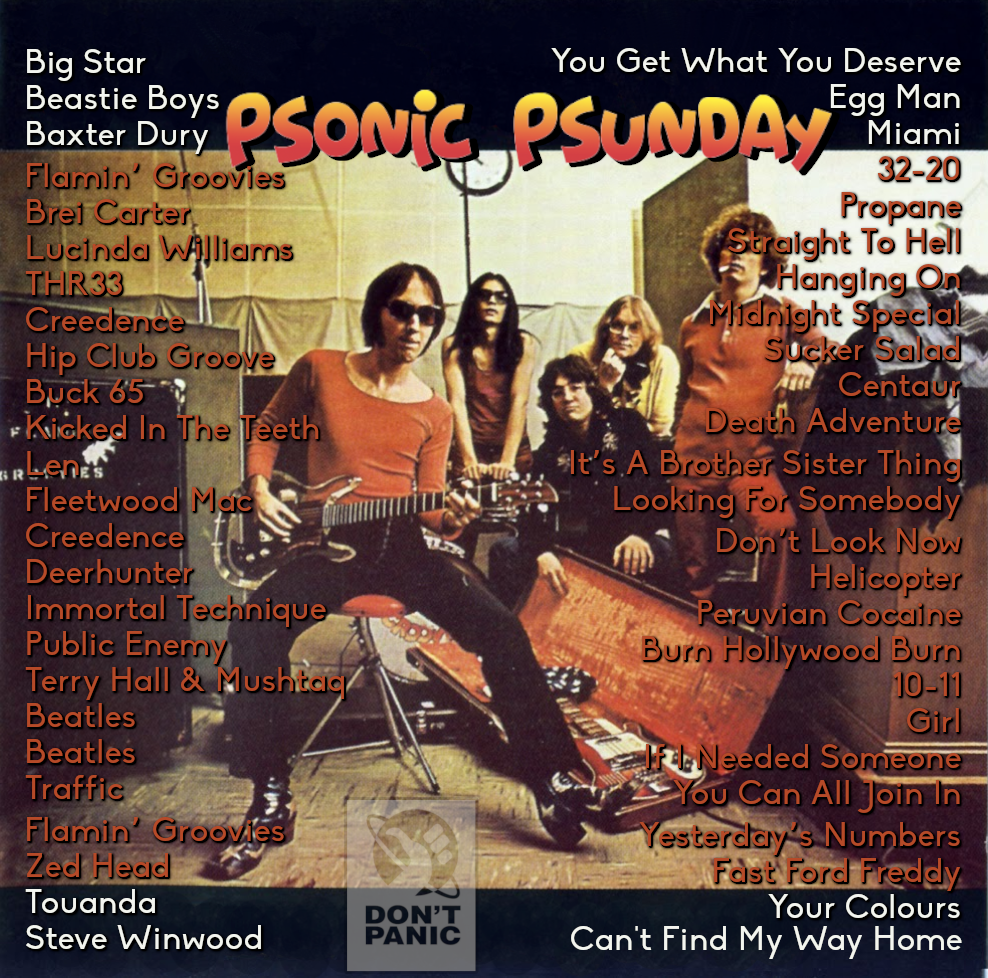 I did say that Baxter Dury would be in this pshow last post and sure enough he is, this time from 2017. I don’t know if I’ve been raving enough about THR33 recently, the stupendously brilliant “power trio” from East Cheshire in the UK. I had the great fortune to be around when they coalesced into a going concern and heard most of the album live at Mash Guru, Macclesfield, before it was released. And then COVID happened, screwing up their (and everybody else’s) tours and restricting them to the occasional social distanced affair. Deeply frustrating, but at least they’re keeping busy and Nick Steed seems to have been involved in a remarkable number and variety of projects this year and hopefully we’ll get to hear some more of that soon.

Lucinda Williams is an artist adored by Mick Middles, who will be joining me again hopefully once we’re able to mingle in other folks’ bubbles, but anyway she immediately rubbed off on me too. She brings authenticity to everything she touches, whether it’s country, rock, blues or even a Clash cover and Mick (if he didn’t say this I must have just imagined it) says it’s only fair to compare to the likes of Tom Waits. She should feature more often.

We had a new track from Kicked In The Teeth called Death Adventure that, in Zac’s view, sounded precisely like he thought it would with that title. They’re from Northwich, UK (it’s not far from Manchester) and on Bandcamp they also have this single on vinyl and an earlier one on cassette. Yes, cassette. I don’t think there are many left and they’re only £3.50.

Much of the rest of the pshow went over to Canadian Buck 65 and friends – Hip Club Groove, Len and Deerhunter. There was a light dusting of rap. The genre isn’t my strong suit but I’m growing to love it as well as respect it for its passion and delivery. Immortal Technique is Peruvian American (hence the track) and 4 hours ago he had a good laugh on Twitter at Guiliani’s expense. “Get your 30 pieces of bitcoin.” Kick a cunt while he’s down, why don’t you. Nahh, Rudy needs no pity – just your spondoolees.

Also of note:
– Brei Carter, a new find for me, with the excellent Propane
– Resident Brazilian-in-Manchester Touanda with Your Colours that I might have played before. Not sure
– Zedhead from Ontario with Fast Ford Freddy which I think is on the new album, Mortal Man, that’s well worth checking out
– and finally Steve Winwood’s fireside recording of Can’t Find My Way Home, originally featured on the well-dodgy looking album by Blind Faith formed by Eric Clapton and Ginger Baker from Cream and Steve Winwood and Ric Grech from Traffic.

That’s it for now. Thanks for reading